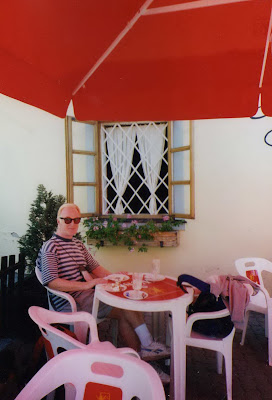 The last morning of our visit was warm and sunny. We had to drive to Vienna to return the hire car and catch our flight back to UK, but we did not have to be there until 3pm. Not long enough for a proper walk, but long enough to pay a visit to Schlapanitz. 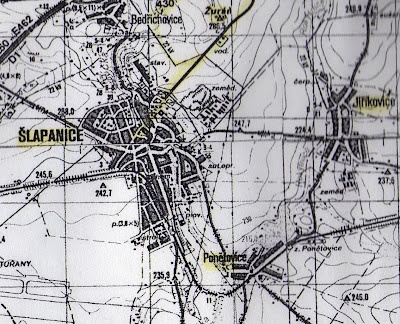 Or Slapanice to use the local spelling is a small town a short walk from Napoleon’s command post on Zuran hill. On our last morning we explored this area, which was where the French reserves were formed waiting for the order to advance. As you follow the winding track to the town you can see nothing of the battlefield, other than the Zuran. 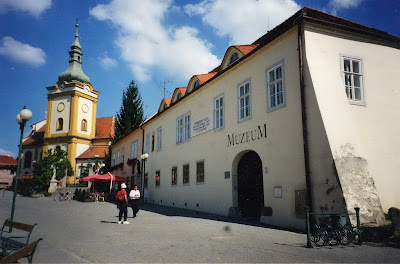 The town has grown a lot since 1805, but the old town remains much as it was then. This former monastery school was Bernadotte’s headquarters and has now been turned into a small museum. Unfortunately it was closed, but we did have a cup of coffee at the nearby café.

And then it was back to Vienna and the flight back to UK. We had been very lucky with the weather during this holiday, and we were particularly pleased to be able to walk Austerlitz in the sun, after our earlier experience of cold, heavy rain and lots of mud.

Posted by paul leniston at 3:01 AM

Email ThisBlogThis!Share to TwitterShare to FacebookShare to Pinterest
Labels: 12 - Schlapanitz